Walbury Camp is a large univallate Early Iron Age hillfort of around 82 acres (33 hectares), making it the largest in Berkshire. Roughly trapezoid (kite shaped) in form, the banks, though not particularly high from the inside, take advantage of a formidable scarp, with the top of the rampart on the north side towering approx. 16 ft (5 metres) over the ditch bottom.

The entrances are in the north-west and south-east ramparts. A holloway runs from the north-west entrance, crossing two outworks across the neck of the hill. This entrance also has additional banks connected to its terminals, producing a ‘barbican’ like structure.

Walbury has been associated with extensive prehistoric field systems to the west and south. It was also included in the survey for the Wessex Hillforts Project, but unfortunately the underlying geology of the site rendered the geophysical results difficult to analyse. The county border of Berkshire and Wiltshire used to run through the middle of Walbury Camp, an honour now bestowed on Membury Camp. [Extract from www.digitaldigging.net] 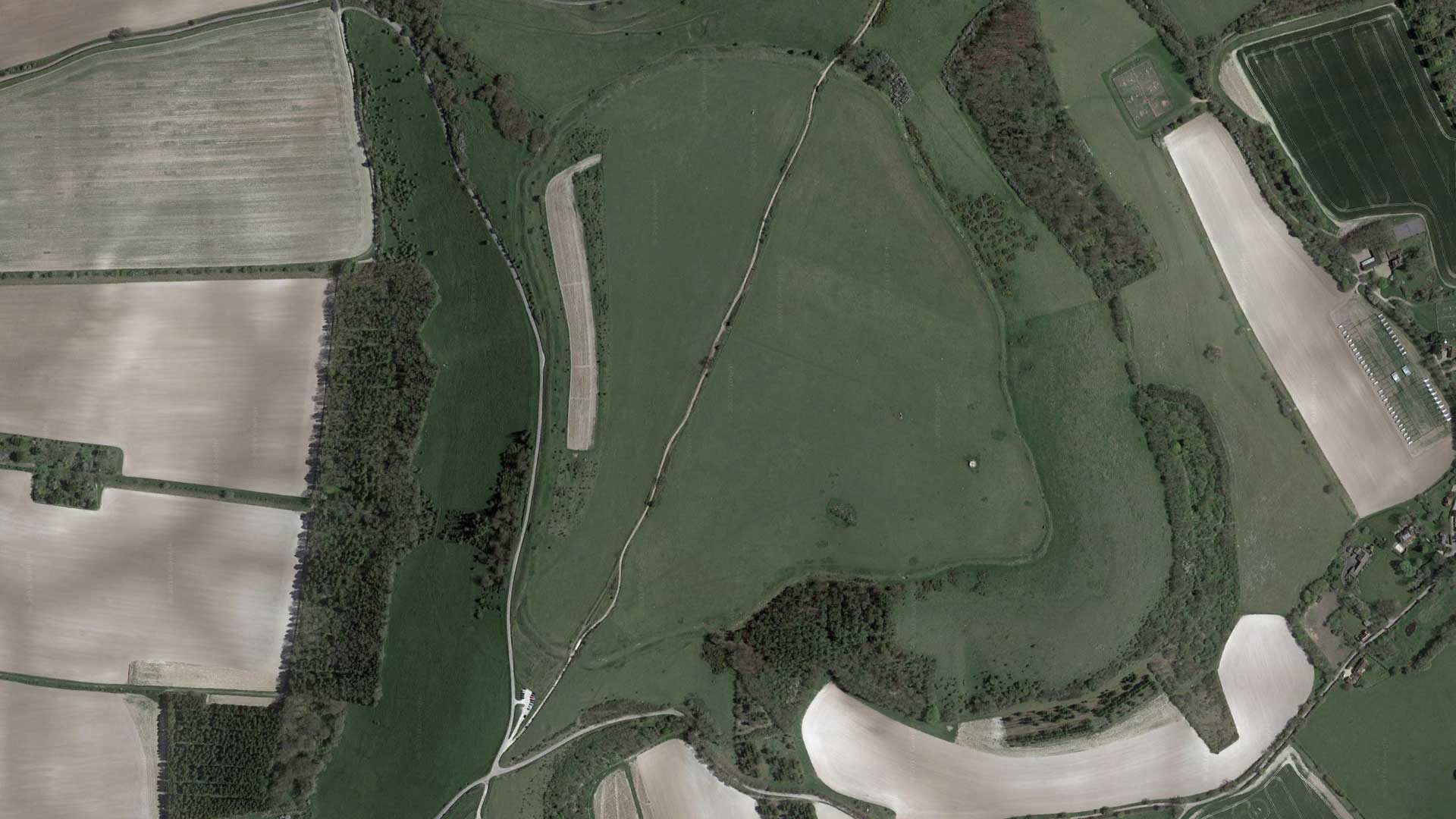