Maiden Castle in Dorset is huge – it could contain more than 50 football pitches and is the largest and most complex Iron Age hillfort in Europe.  The huge ramparts and ditches protected hundreds of people and were constructed approximately 2,500 years ago. The ramparts were faced with white limestone and would have looked very impressive for miles in any direction.

Archaeologists have discovered a late Iron Age cemetery on the site which contained the bodies of people who had suffered violent deaths, one body of a man had a Roman catapult bolt embedded in his back. Some have concluded that the Romans must have besieged Maiden Castle but, apart from the bodies, there is veru little evidence to support a Roman siege.

The story of Maiden Castle starts with a small Neolithic Hill Fort and ends with its eventual abandonment in the first century AD. There is a huge amount of information about this amazing site on Wikipedia and across the web.

Below is some great footage of Maiden Castle shot by Matt Dolphin, plus an interactive 3D render of the site created by Mark Walters which you can explore:

Maiden Castle in 3D
Click and drag to rotate. 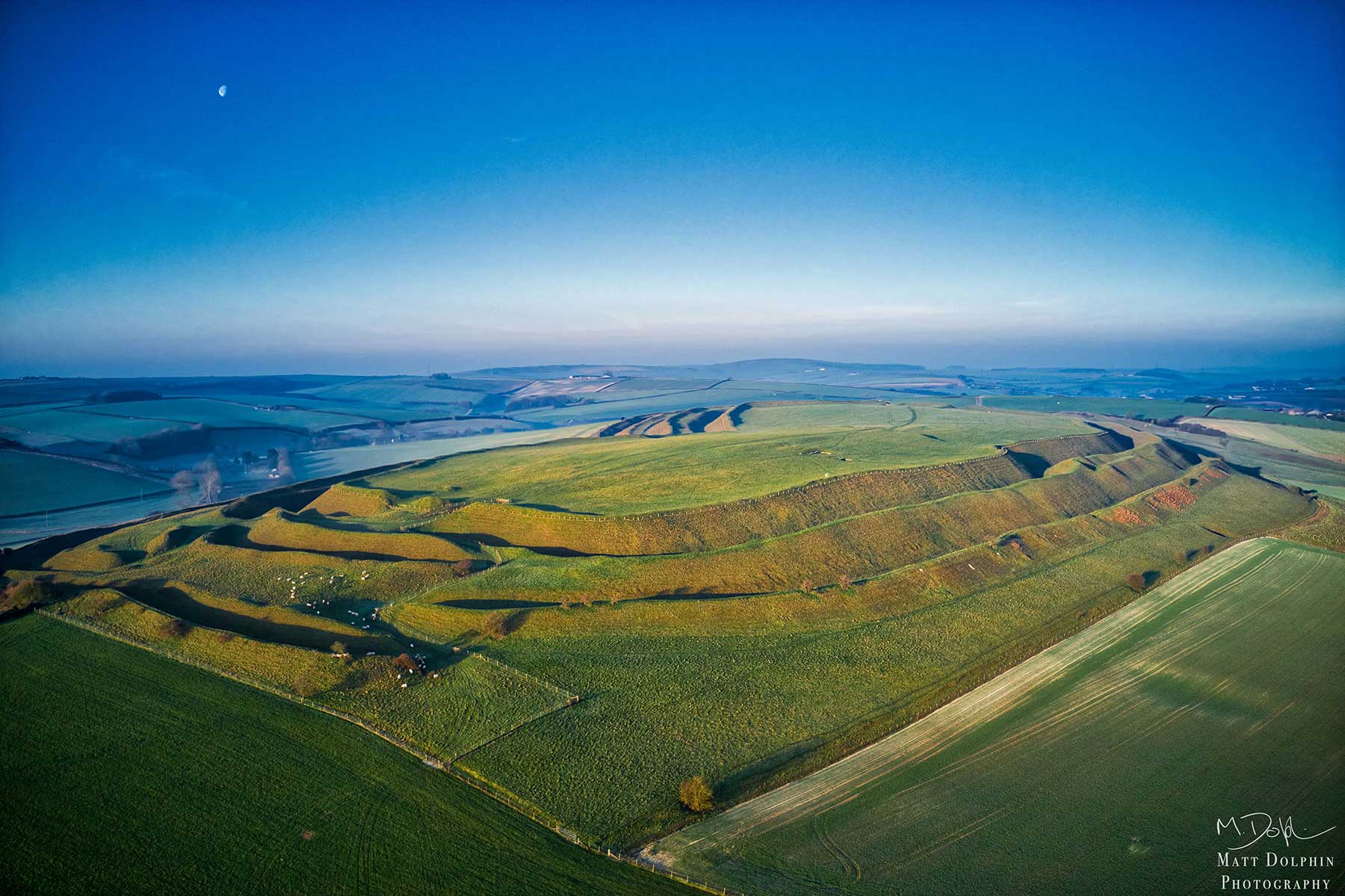 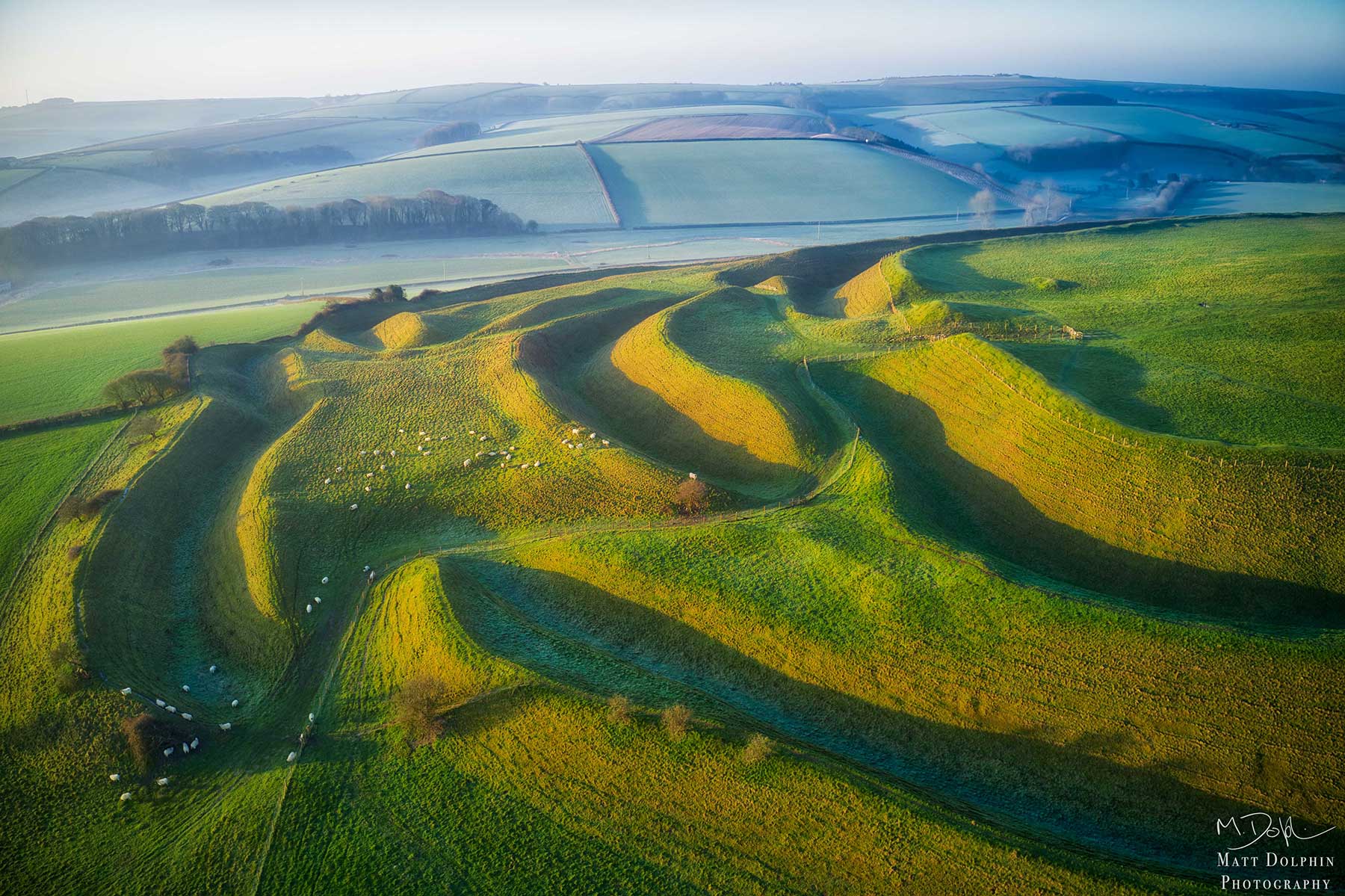