Around the Tor are Iron Age earthworks, the remnants of a Hill fort.

Unusually, the fortifications are at the base of the Tor, rather than the summit as is more normal (compare with Brent Knoll in Somerset).

No serious archaeological work has been carried out on the site. However, the northern ramparts in particular are well preserved, displaying a multi-vallate pattern characteristic of the Iron-A, or early -B, culture.

There are three distinct consecutive ramparts in this sector, and traces of internal partitioning.

The Church of St Michel de Rupe (“Saint Michael of the Rock”) dates to the 13th century. At one point, the Church may have been used as a Beacon tower, used to spread word of enemies seen out to sea. It is also said that the church was to be built at the bottom of the tor, but the devil who didn’t want to see its construction would move the construction to the top of the hill each night to stop its construction. Dissuaded by the devil, the locals continued with its construction in defiance. 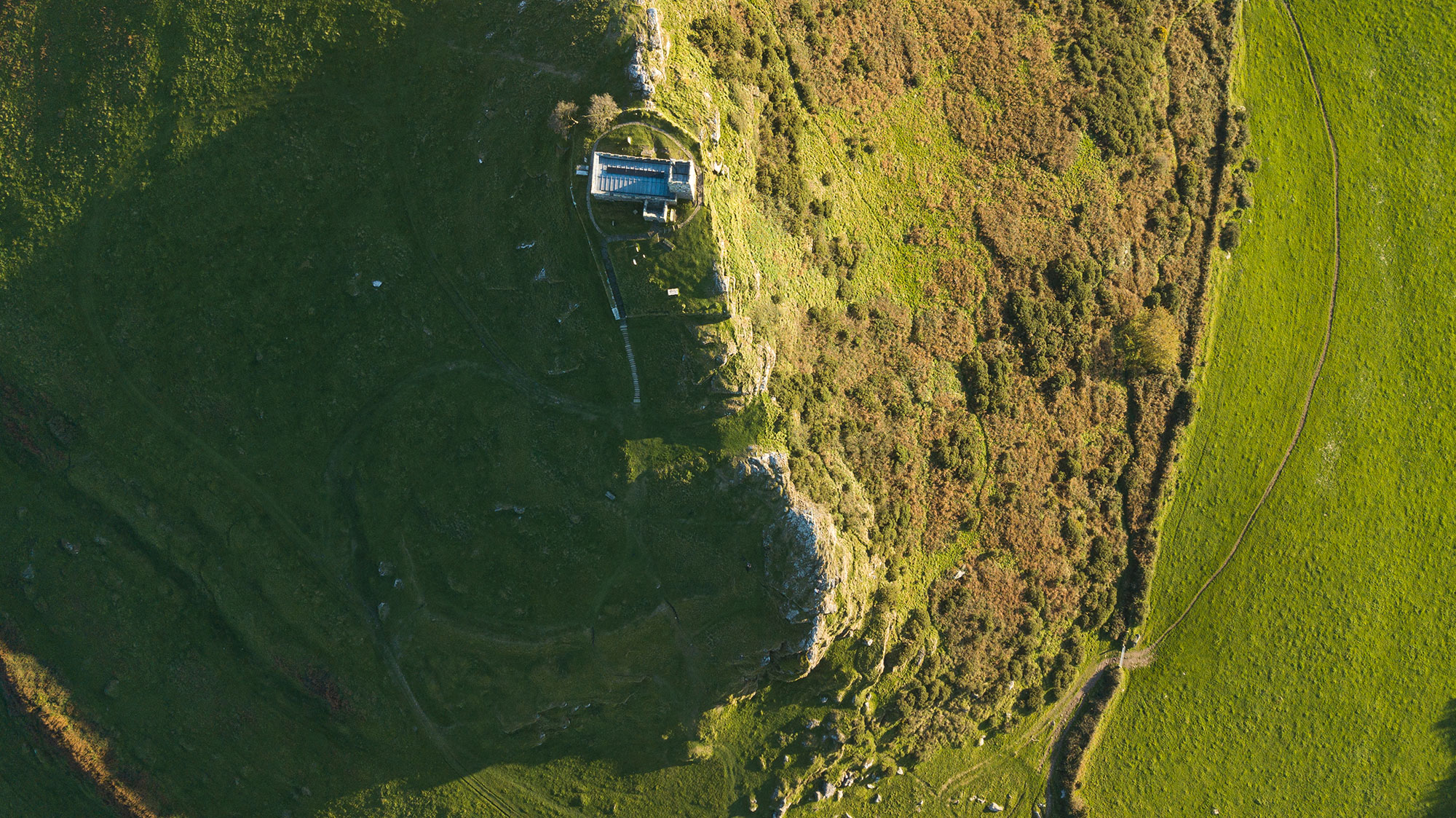