Wayland’s Smithy is a Neolithic tomb on the Ridgeway in south Oxfordshire. The first monument (constructed 3590 and 3555 BC), was a mortuary of wood and stone. There is a paved path built of sarsen stone slabs. On this pathway was placed a wooden box, in which people were buried.

When excavated in 1963, 14 people (11 men, 2 women and 1 child) were uncovered. Three of these people may have suffered lethal arrowhead wounds, and two of them show signs of scavenging by animals before they were buried. They were probably buried between 3590–3555 BC. The barrow was probably used for less than 15 years.

This early structure was later encased inside a larger barrow which is twice its height.

Later, a second, larger barrow was built on top of the original structure covering it entirely.

For a more detailed description of this site see the Waylands Smithy English Heritage page here.

According to the ancient myth, if you leave your horse tied up at the long barrow, and leave a small coin, then Wayland the Blacksmith will reshoe your horse.

Read the magical story of Wayland The Smith. 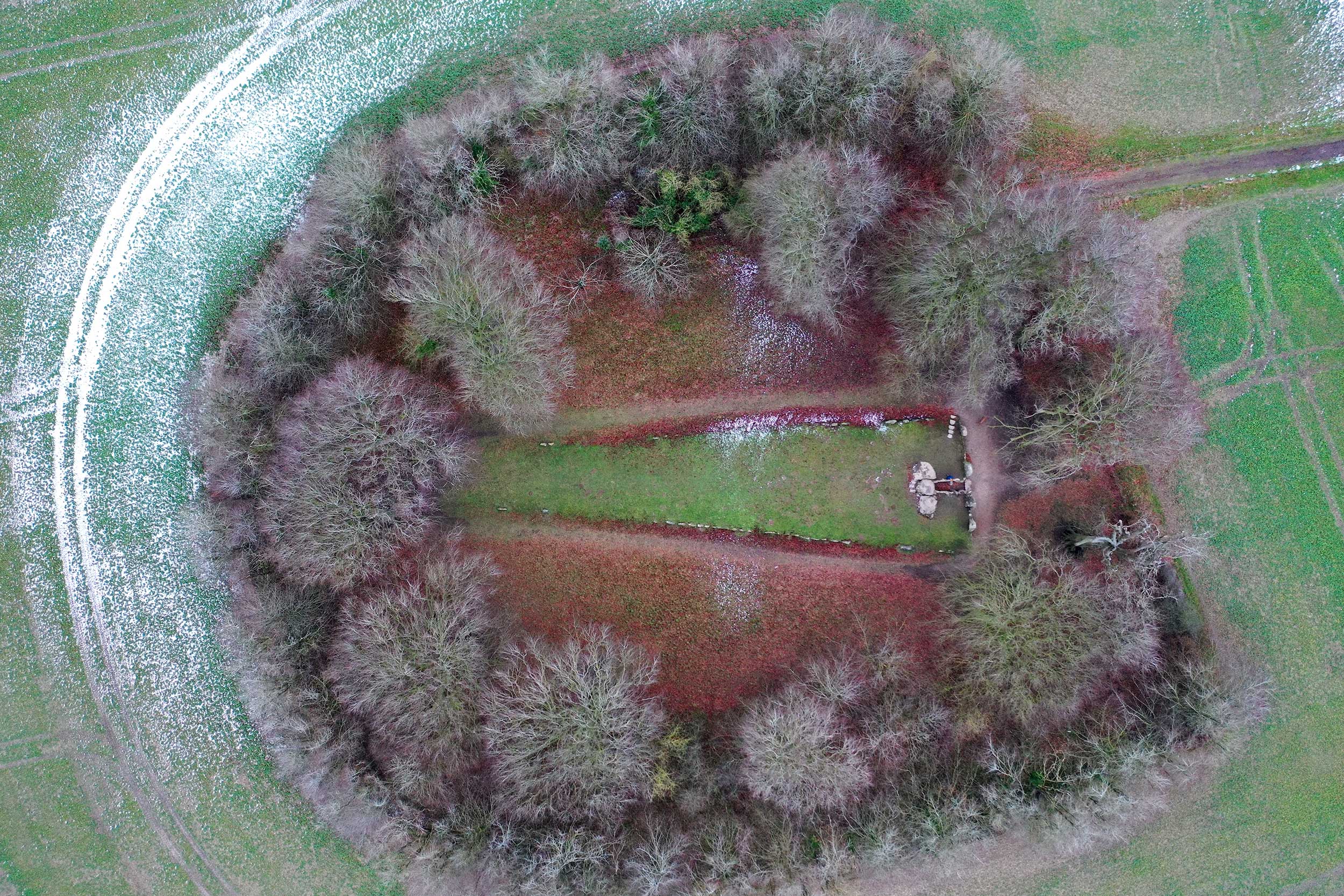